Wilkerson was a young country preacher pastoring a church in eastern Pennsylvania. One February afternoon, Wilkerson read an article in LIFE magazine about seven teenagers who were on trial for murder. During a gang fight in Manhattan, these teens beat a young man to death. Troubled by what he read in the article, and sensing God wanted him to do something for the teens, Wilkerson made a trip from his hometown — away from the negative impact of friends and familiar places — away in Philipsburg, Pennsylvania to the urban area of New York City.

Some time after this, Rev. Wilkerson resigned his church in Pennsylvania and moved to the New York City area to work full time with teenage gang members. This new work was eventually called “Teen Challenge.” Soon, Teen Challenge began to also offer help to those addicted to drugs and alcohol.

Since that day till now the Teen Challenge ministry has spread across the United States and in multiple countries around the world. Then as now, the ministry of Teen Challenge reaches out to troubled individuals and their families. Centers have been established for men, women, boys, and girls.

The rest of the story of Teen Challenge is told in the best-selling book, The Cross and the Switchblade. This book has sold tens of millions of copies and has been translated into 35 different languages. Another exciting book that is available, Run Baby Run tells of notorious gang member Nicky Cruz who was one of David Wilkerson’s early converts in New York City. Beyond the Cross and the Switchblade and The Cross is Still Mightier than the Switchblade also detail important early history of Teen Challenge.

In the 1960’s, John and Nelda Nevels started taking troubled and hurting boys into their home in Morrow, Arkansas. This Christ-centered outreach was known as the King’s Ranch. In 1973, this ministry became affiliated with Teen Challenge International, USA and became the first residential Teen Challenge program exclusively for teenage boys.  The King’s Ranch grew and eventually moved to its current location in 1980. Because of the kindness and generosity of the people of Morrow, Arkansas, the ministry was allowed to move to 5 acres of land and buildings that had previously been used by the Morrow Community school district. Later, an additional 30 acres were purchased for expansion. In 1993, the ministry changed its name to Teen Challenge Adventure Ranch of Northwest Arkansas.

What started out in a home on a hill in the Ozark Mountains has now grown into a powerful, life-changing ministry provides assistance to troubled boys and their families from across the United States.

We value education and academic success, considering it key to long-term life success. Most of our staff have advanced degrees.  Many of the students who come here lack sufficient high school credit to obtain their diplomas in a timely manner, but we help them get caught up and even to retake classes for a higher GPA.  Every boy on campus is taught and tutored several hours each day.  Our disciplined and structured approach to learning, with individualized academic goals and progress, helps the boys get back on track with their education and our courses are fully accredited and transferrable.

Our outdoor adventure program is second to none. Our students have regular opportunities to experience fun and challenging indoor and outdoor physical activities. Students enjoy camping, backpacking, rappelling, canoeing, and spelunking (cave exploration). They are challenged physically and learn the importance of goals and perseverance. 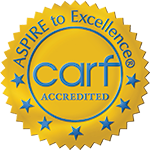